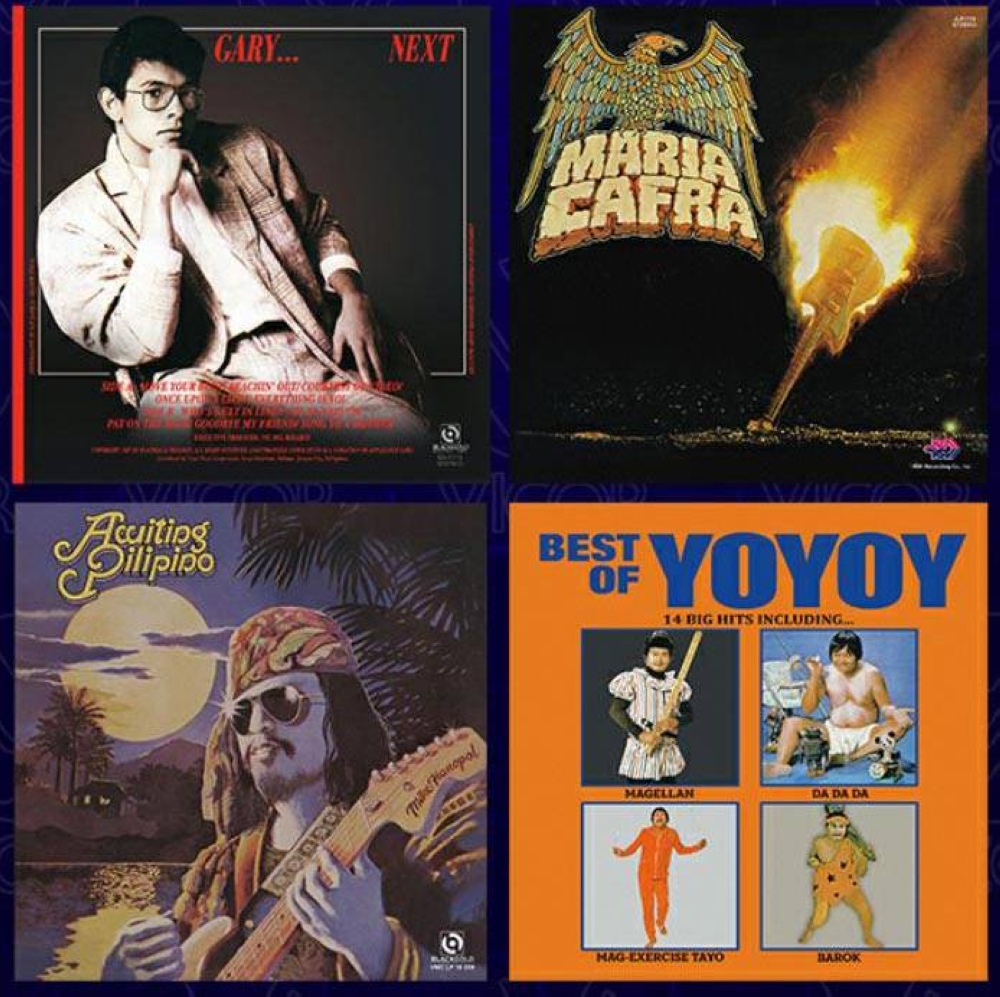 Good news for vinyl record collectors and OPM fans. After a slew of amazing albums reissued from its storied catalog, Vicor Music’s classic vinyl series has released a new set of titles fans and audiophiles alike will love.

Meanwhile, the “Maria Cafra” self-titled record was the vehicle for Resty Fabunan’s rock musings. This album includes the rock hit “Kumusta Mga Kaibigan” and is a veritable rock classic all throughout.

Gary Valenciano began his streak of hit songs with the Vicor-produced “Gary Valenciano Next” album. This collection includes two of his biggest hits: the Danny Javier-written “‘Di Na Natuto” and “Reaching Out.” The latter is a theme song from the 1983 Viva Films “Hotshots” that also launched Gary V’s acting career.

Get the latest news delivered to your inbox
Sign up for The Manila Times’ daily newsletters
By signing up with an email address, I acknowledge that I have read and agree to the Terms of Service and Privacy Policy.

No doubt that Yoyoy Villame was a comedic genius and the proof is in this lengthy 14-track “Best of Yoyoy Villame” record that has “manong Yoyoy’s” finest moments immortalized on vinyl – “Granada,” “Si Felimon,” “Butsekik” and “Mag Exercise Tayo” to name a few.

Previous releases that include the once hard-to-find “Segreto” album by the late Ric Segreto, “VST & Company I,” Rico J. Puno’s “The Way We Were,” Rey Valera, Martin Nievera, Freddie Aguilar’s “Anak” and Sharon Cuneta’s “Mr DJ” albums have since become a big hit in the vinyl-collecting community.

“Segreto” in particular sold out its stocks twice. Vicor has since followed up with titles such as “Batucada Sa Calesa” by Bong Penera, Basil Valdez’s “Ngayon At Kailanman,” “Kuh” by Kuh Ledesma, “Himig Natin” by Juan Dela Cruz Band and Asin. All titles are manufactured overseas on 180-gram vinyl.

More are forthcoming such as the second Ric Segreto album “Man Of The Hour” that will the re-issue of the late singer’s whole discography. Titles by Side A, Sampaguita, Cinderella, Hotdog and other artists are all slated to be made available soon.

Collectors usually fork over exorbitant amounts for rare OPM albums. But the Vicor classic vinyl reissue series will make once hard to find, quality sound recordings of all-time favorite OPM artists easier to own. Priced at P1,900 per title, these records are perfect for audiophiles and for the budding vinyl collectors looking out for quality classic albums.