Top of the shops: The online record stores perfect for expanding your vinyl collection – The Independent 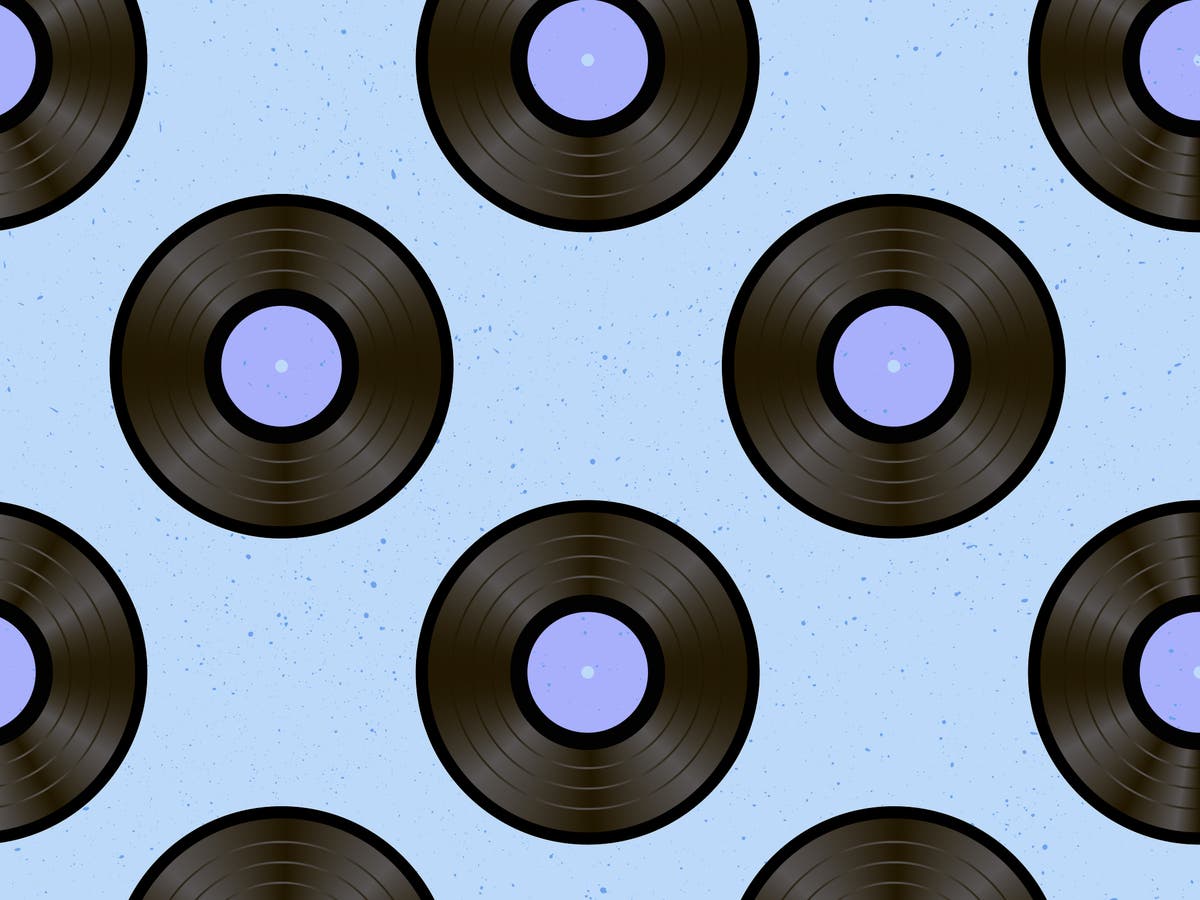 Repeated national lockdowns during the pandemic saw us all look closer to home for entertainment. Many of us dusted off old turntables or found long-neglected record collections in the loft and rediscovered the pleasure of listening to an entire album from start to finish.

Subsequently, sales of vinyl records were the highest they had been since the early Nineties, with 4.8 million LPs bought in the UK in 2020 alone. Of these, the top two sellers were Rumours by Fleetwood Mac (£24.99, Hmv.com) and (What’s The Story) Morning Glory by Oasis (£27.99, Roughtrade.com). Meanwhile, in the US last year, vinyl outsold CDs for the first time since the 1980s.

While we can now rummage through racks of records in person, there’s nothing stopping us from treating ourselves to some new vinyl from these online stores. Our selection includes shops focused on indie and electronic releases, second-hand specialists and even some companies who will choose your next record for you.

We considered the entire shopping experience for all the options below, including the price and range of records available, how easy it was to navigate the website, delivery and customer service.

It’s a joy to use this Leeds-based site to find records you never knew you needed. Vinyl is divided into artists, genres, labels and bestsellers so it’s easy to hunt for specific records or be inspired to try something new from the vast range of indie, electronica, folk, alternative and rock. We particularly liked the cheap vinyl section which includes over a thousand cut-price records including ones from Rolling Stones, Beck and Miles Davis.

Operating online for nearly 25 years, Norman offers a price-match guarantee, no fuss returns policy for damaged or faulty records and speedy delivery which is free on orders over £50. There’s also a loyalty point scheme and new customers receive 10 per cent of their first order back as a voucher.

Best of all, the site feels more like a music magazine than an online store, with regular competitions to win signed records, a weekly Spotify playlist and over 30,000 honest and knowledgeable album reviews so you don’t buy a dud.

Alongside new CD releases, music accessories and film and TV DVDs, HMV sells an impressive range of vinyl focusing on big-name indie, pop and rock acts. There are plenty of exclusive offers such as coloured vinyl, limited-edition releases and reissues of classic albums. The store launches many of these during its own annual Vinyl Week, held every August.

Collectors will love the range of covetable box sets including ones by Queen and Amy Winehouse but the real draw is HMV’s excellent ongoing two for £30 offer. Shipping is free with orders over £20 and vinyl arrives in pristine condition.

If you can’t physically get to a record store, shopping at Chalkys is the next best thing. Richard “Chalky” White has run his independent business in Banbury, Oxfordshire for over 30 years and his personal touch really sets this site apart. Customer service is a priority with a no-quibble returns policy, helpful staff picks, sturdy packaging and someone being readily available to answer customer questions.

There’s a great range of music available too, with more than 26,000 records on sale including classical, country, jazz, indie and big-name acts including Kanye West, Amy Winehouse and Nirvana. Special themed months feature discounts on certain records or genres while partnerships with all the major record labels guarantee exclusives you won’t see anywhere else such as Foo Fighters’ Medicine At Midnight on limited-edition blue vinyl.

Great for presents, those just starting to collect vinyl or anyone who needs nudging out of their comfort zone, Vinyl Box does all the hard work for you. Choose one of several themes including West Coast hip hop, home cinema or Glastonbury pilgrimage and a chic box will turn up containing three albums – a bestseller, a household name and a hidden gem. All are top-rated releases and might include anything from Daft Punk and Mumford & Sons to Mabel and David Bowie.

Albums tend towards the mainstream so might not suit someone who already has a large record collection, although the company also offers a build-your-own-box service so you can handpick exactly what goes in. Every box comes with two art cards depicting significant moments in music and exclusive sleeve notes sharing the stories behind important albums or artists.

With the average price of a vinyl album in the UK standing at £20.31, it’s a good deal too. Curated boxes start from £32 including postage, a guaranteed saving of at least 30 per cent off the RRP, and a donation is made to music therapy charity Nordoff Robbins with every box sold.

Ideal for anyone who takes their vinyl seriously, Café Artum is a record shop and arts space in Birmingham which also hosts live events, talks and workshops. Its online store specialises in rare, hard-to-find and eclectic records, tracked down by a team including respected DJs Jason Wynters and Adam Shelton. Expect to discover obscure releases and sought-after records across a range of genres including reggae, jazz, new age, ambient, dub and electronic, often sourced from top DJs looking to streamline their collections. Although the Café Artum website is currently not live, it will be returning soon.

If the choice proves a little overwhelming, there’s also a useful staff selection, a small pick of specialist music books and a great vintage section any collector will love. Staff provide an honest appraisal of every record’s condition too, so you’ll know exactly what you’re buying.

Some Great Reward opened in the Southside of Glasgow in March 2018, offering new and rare music alongside good coffee, homemade dishes and locally prepared cakes. If you can’t make it to Glasgow, its easily navigated website stocks thousands of records in a range of genres including exclusive vinyl from its involvement in events such as Record Store Day and Love Record Stores. Don’t be scared to ask if there’s something you’re looking for that’s not listed either. We found staff unfailingly friendly and keen to help however they could.

Lacking a little musical inspiration? Vinyl Deli is a personalised monthly vinyl club that’s a great way to try records you might not buy otherwise. Subscribers are asked to fill in an extensive but light-hearted questionnaire about their musical tastes and the Vinyl Deli team will do the rest, hand-picking records they think you’ll love.

Plans cost either £23 per month for at least one record or £45 for a minimum of two, and it’s possible to cancel at any time. The pricier package includes a detailed breakdown of all records sent plus the right to exchange vinyl if you’re sent an album you already own. Selections are interesting and considered and we were really impressed with their spot-on suggestions to suit our taste.

Though Discogs isn’t a record shop in the traditional sense, it remains one of the best places online to find even the most obscure record. The site features an exhaustive database of almost all music ever released, plus an active forum, blog and marketplace used by 150,000 independent sellers. There are around 59 million items available to buy around the world with prices ranging from £1 to £100,000 and if the site don’t sell it, it probably doesn’t exist. Bear in mind every seller operates independently, so check their rating from previous customers and any shipping costs before buying.

Vinyl Tap stocks a remarkable range of new, used and collectable vinyl and CDs, with over 260,000 titles available for shipping worldwide. Operating since 1985 from its shop in Huddersfield, the site specialises in rare, deleted and promotional items so is a dream for dedicated vinyl devotees. Staff are happy to try track down particular items while our package came with a helpful list of suggested records from the same artist, including some rare releases limited to just 400 copies. There’s also a selection of posters, T-shirts and music memorabilia and an online form to use if you’re looking to sell your own collection to Vinyl Tap.

Budding DJs and electronic aficionados know Juno is a one-stop shop for all their musical needs. One of the world’s largest dance music and equipment stores, the site launched in 1996 and now sends out over 7,000 orders each week to customers in over 156 countries worldwide. It has around 50,000 records in stock including 500 new releases each week, with a heavy emphasis on dance and electronic artists. Orders are despatched the same day by first class post or courier and insured against loss, theft or damage.

If you take your sound particularly seriously, Juno also sells a staggering range of professional-standard DJ and studio equipment including turntables, cartridges, drum machines and monitors. There are helpful buying guides for those unsure where to start too.

Opened as a single shop in west London over 40 years ago, Rough Trade revolutionised the way indie music was sold in the UK, stocking records by new and unsigned bands not found anywhere else. It now has four stores in Britain and a great website that ships globally, offering a range of exclusive vinyl including signed copies.

It’s these extras that make Rough Trade really stand out. The site is packed with editorial content including a regular podcast, music features and pre-recorded video content from artists, while some purchases come with additional access to special online events. These have included interactive Q&A sessions and live-streamed sessions with the likes of Thurston Moore, Jarvis Cocker and Elvis Costello.

A big date in the diary for vinyl fans, Record Store Day Black Friday falls on 26 November, and offers the chance to purchase special, one-off vinyls from independent records stores. There will be over 100 releases shoppable either in-store or online, including exclusives only available through indie stores, or released in small numbers, making them hard to find and highly sought after.

And of course, it wouldn’t be Black Friday without a discount or two – we expect to see price drops from the larger retailers on the day, such as HMV and Urban Outfitters, so make sure to keep your eyes peeled.

To stay in the know about this year’s Black Friday sales, head over to our Black Friday page for what deals to expect as well as our expert shopping tips.

For the latest discounts on record players and other audio offers, try the links below: