Shoppers queue from 1.30am on Record Store Day in Sheffield to get their hands on special releases – The Star 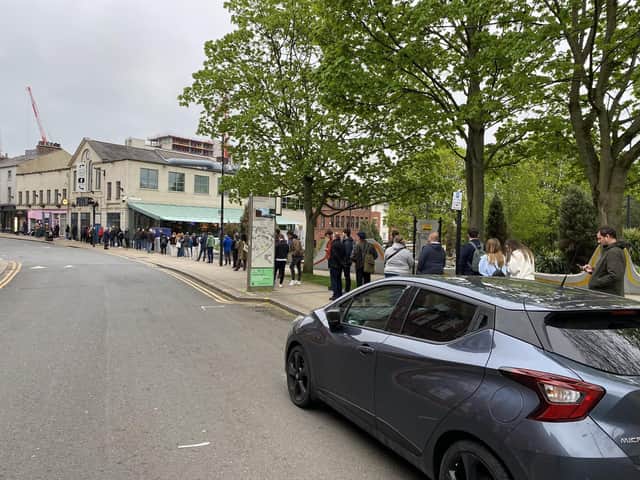 Around 100 people were waiting outside Bear Tree Records at The Forum on Devonshire Street, in the city centre, when it opened its doors at 8am today, Saturday, April 23 – with one shopper having been there since 1.30am.

Sheffield bands Def Leppard, Bring Me The Horizon and the Human League were among the artists participating by releasing special vinyl editions only available at independent record shops across the UK.

Joe Blanchard, owner of Bear Tree Records, said it had been a ‘really busy’ morning, with Taylor Swift’s the lakes, from her GRAMMY Award-winning album, folklore, proving the most sought-after item but exclusive releases by Sheffield’s big names also selling out by midday.

“There aren’t many industries that have an event like this to help the independent stores, and having the support of so many top artists really helps get people through the doors,” he added.

“Things have been going OK since the pandemic but more of our business has transferred online, so it’s been nice to see so many people here for Record Store Day.”

Record Store Day has been running since 2008, having been set up as a way to spread the word about independent stores across the world by bringing staff, customers and artists together to celebrate what the organisers say is the ‘special role’ such shops play in their communities.

This year, due to manufacturing delays at pressing plants, some titles failed to arrive on time so there will be a second Record Store Day drop on June 18.

Rob Freeman, a 48-year-old civil servant from Sharrow, was among the customers at Bear Tree Records, where he bought special releases by Alice in Chains, the Pixies and The Muffs.