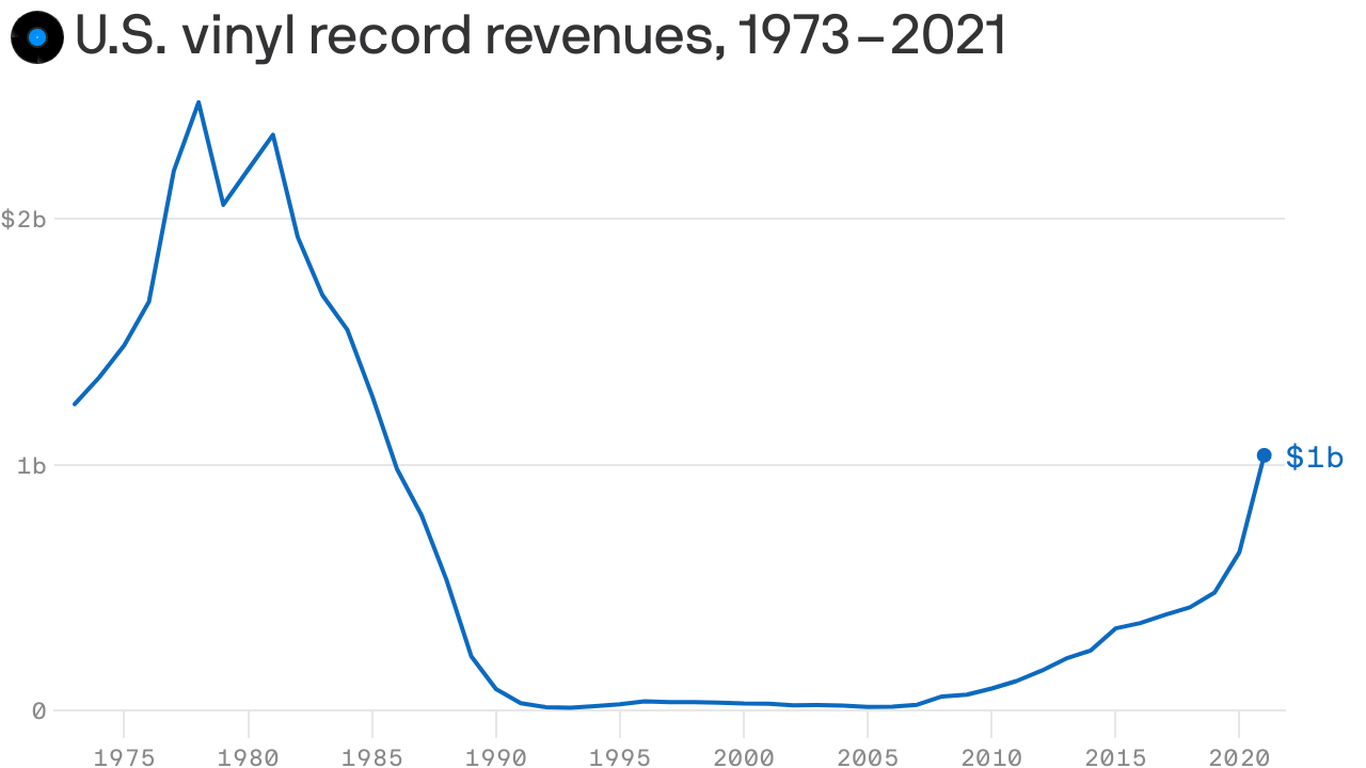 Why it matters: Record Store Day usually marks the biggest sales day of the year for Waterloo and other stores, and after a two-year decline, owner John Kunz said 2022 Waterloo sales topped pre-pandemic 2019 figures.

The big picture: Kunz estimated 200 music fans were in line by the time the store opened at 7am, hoping to get their hands on exclusive releases from their favorite artists.

Some of that interest was driven by Taylor Swift’s exclusive — and very limited — 7” release of “the lakes,” which led Waterloo and other Austin record stores to create a drawing for customers to meet the surge in demand.

Of course, it’s not just Swift. Waterloo customers of all ages lined up to snag exclusive vinyls from their favorite artists.

What they’re saying: “It’s more than a trend,” Kunz said of the increase in record sales. “There’s just something that is human about it that is something to hold and read.”

In the Live Music Capital of the World, Austinites won’t have hard time finding an Austin store ready to help old-school music lovers add rare gems to their vinyl collections.