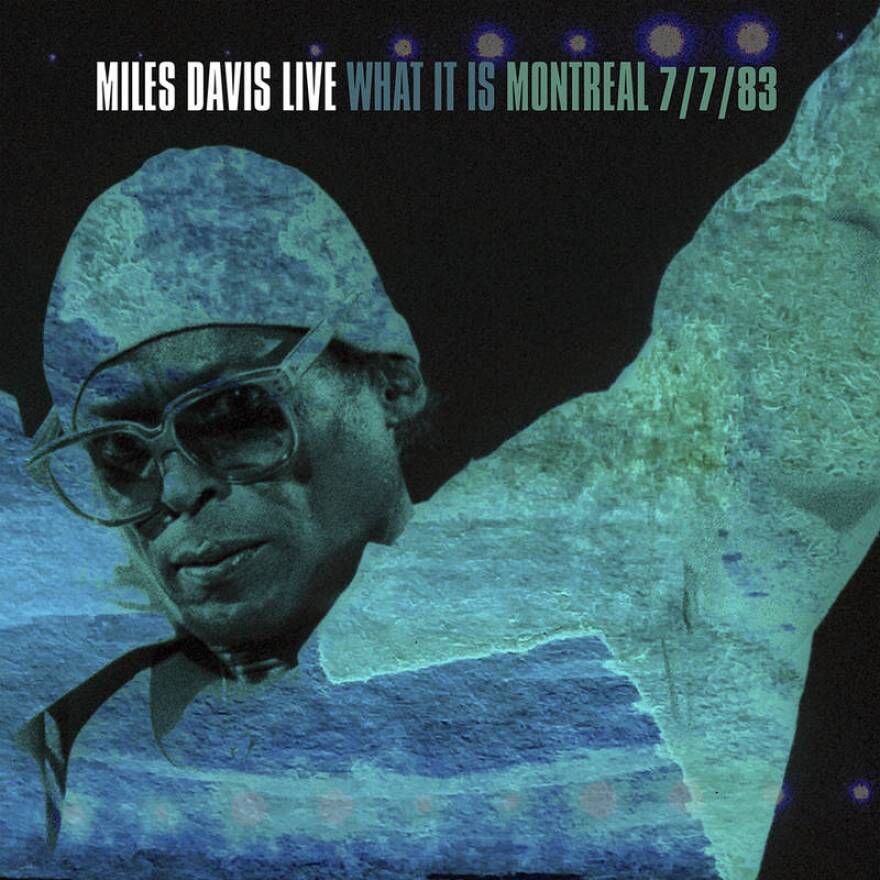 The cooperative Record Store Day celebrations will return to their pre-pandemic schedule this year.

For two years, vinyl collectors had a few “RSD Drops” to celebrate. They marked important release dates but didn’t include the traditional gatherings at local record stores that was the original point of Record Store Day.

Record stores are places to hang out, discuss music, meet new friends, and support artists as well as vital small businesses in our communities.

Vinyl pressing plants are still dealing with massive pandemic-driven backlogs, so a June 18 “Drop” date has been scheduled for albums that won’t be able to meet the April deadline. Those will include the U.S. vinyl debut of the 1991 Paquito D’Rivera Reunion album with Arturo Sandoval, a reissue of the rare 1972 album Dream Queen from The Bobby Hamilton Quintet Unlimited, and the exclusive double-vinyl pressing of another in the Miles Davis bootleg series – What It Is: Montreal 7/7/83.

Of course, every day is a great day to visit a record store. Here’s a list of jazz and blues vinyl that are worth lining up for April 23:

Pepper Adams – Live at Room At The Top
The latest from Cory Weeds’ archival label Reel to Real features the baritone sax great Pepper Adams live in 1972 Alberta with Canadian pianist Tommy Banks’ trio. The deluxe 2-LP set spreads four long performances across each record side, with a fifth brief song as a coda.

Albert Ayler – Elemental 5xLP box set
This huge collection of previously-unreleased recordings of the avant-garde sax icon are some of the last before Ayler’s passing in 1970. The five discs come in a double gatefold and tri-fold jacket, with a booklet of rare photos, essays and interviews with Sonny Rollins, Archie Shepp and more

Dave Brubeck Trio – Live from Vienna 1967
When Paul Desmond missed a flight, the audience in Vienna witnessed a rare concert of trio jazz from Brubeck, bassist Eugene Wright and drummer Joe Morello. Together nearly a decade by then, the trio had no problem playing one man down on lesser-known songs “One Moment Worth Years” and “La Paloma Azul”, as well as standards like “St. Louis Blues” and their “Take the ‘A’ Train” finale.

Paul Butterfield Blues Band – Original Lost Elektra Sessions 3xLP
Originally released on CD in the 90s, these early recordings of the Butterfield Blues Band find guitarists Elvin Bishop and Mike Bloomfield in fiery early form. This vinyl debut is expanded to include early demos and alternate tracks that were just unearthed from the Warner vaults.

Ray Charles – Genius Loves Company 2xLP
The final album from Ray Charles won 8 Grammys and included duets with a wide variety of his friends young and old. Joyful collaborations with Norah Jones, B.B. King, Elton John, Willie Nelson and many more are available on vinyl for the first time since the 2004 release.

Larry Coryell – Fairyland
Pressed on vinyl for the first time in 40 years, Larry Coryell’s Fairyland was recorded live at the Montreux Jazz Festival in 1971. This dynamic trio with Chuck Rainey and Bernard Purdie at the bass and drums was at the height of early jazz fusion. This new pressing arrives on dramatic marbled pink and white vinyl.

Bill Evans – Morning Glory: 1973 Teatro Gran Rex, Buenos Aires 2xLP
The first of two just-released concert recordings from the piano legend features bassist Eddie Gomez and drummer Marty Morell across two discs each of Evans favorites. Fresh performances of “Who Can I Turn To?”, “Up With the Lark” and “Waltz for Debby” come with rare photos of the concert, essays and interviews.

Kenny Garrett – Sketches of MD: Live at the Iridium
A member of the last Miles Davis bands, saxophonist Kenny Garrett honored the trumpet legend in 2008 at the Iridium club in New York City. The set list, however, is all Garrett compositions. Special guest Pharoah Sanders added his tenor sax to Garrett’s quartet on this colored vinyl debut.

Vince Guaraldi Trio – Baseball Theme 7″
As the baseball season begins, jazz fans can celebrate with this first-ever 7″ single release of Guaraldi’s music for the 1964 television special Jazz Impressions of A Boy Named Charlie Brown. Inside the Peanuts-themed cover is a “baseball-white” vinyl edition with an alternate take on side B.

Delvon Lamarr Organ Trio – Live in Loveland! 2×12″
Now one of the hottest organ trios in the world, Record Store Day brings the release of a recording from the original DLO3 lineup. Drummer David McGraw and guitarist Jimmy James recorded a few songs with Lamarr at Plaid Room Records in Loveland, Ohio for the 2018 Record Store Day. “Tacoma Black Party”, and one-off “Love Land” show off the Seattle groovers in the hometown of their record label, Colemine, on two “bubblegum pink” extended play discs.

Christian McBride – Conversations with Christian
The top bassist in jazz today presents this 2011 album on vinyl for the first time this year. His tenth release as a leader is a duet showcase with a world class lineup of singers and instrumentalists like Sting, Roy Hargrove, Dee Dee Bridgewater, Chick Corea, Hank Jones and more, offered on limited edition, numbered, colored vinyl.

Max Roach – We Insist! The Freedom Now Suite
The great jazz drummer Max Roach collaborated with singer Abbey Lincoln on this 1963 recording inspired by the civil rights movement. Incorporating a piano-less ensemble, spoken word, collective improvisation and impassioned screams, We Insist! has moved from controversial to a crucial landmark in the meeting of jazz and politics.

Here’s the complete list of the April 23 Record Store Day releases, and albums in the June 18 “drop”. Most record stores will open early that day, with online sales for special releases following a day or two later.