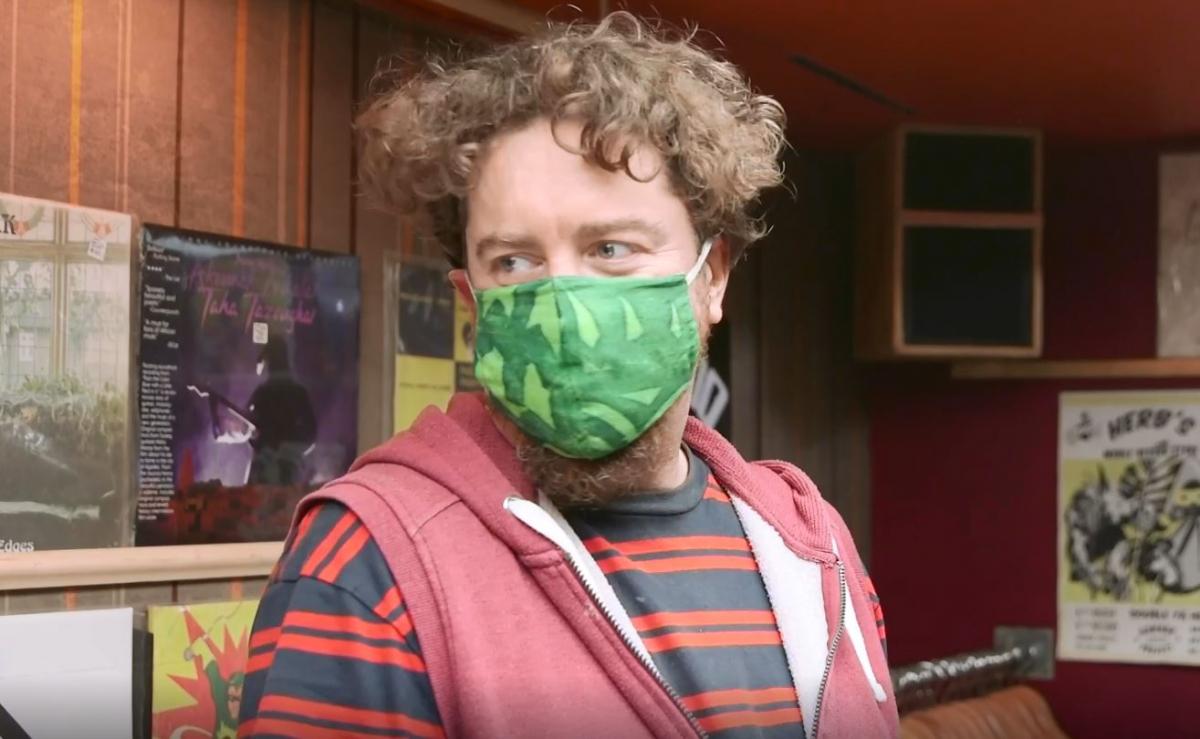 Former Christchurch record shop owner Benjamin James has hit the road to test his theory that going mobile is the new way to go.

James is no beginner when it comes to records – he owned Evil Genius in Christchurch and DeathRay record stores, but this is his first time on the road.

The new venture, ‘Herb’s Mobile Record store’, could be rolling up to a car park near you over summer.

The bright blue converted van works like any other store, except it goes where social media demands.

“I generally just pull up. If it’s not level, I level it because you get pretty seasick on there,” James said.

“I buy and I sell for the store, I’ve been DJing for years under the name DJ Electica, and I’m just letting people on Facebook kinda control where I go.”

For his first week of business Herb’s hit Parrotdog Brewery in Wellington’s Lyall Bay, as well as the Wellington suburbs of Newtown and Eastbourne.

Parked up in Eastbourne with a speaker hinged to the roof hurling out tunes, James proudly showed off his personal collection he’s now ready to part with.

Among the classics and kooky options there are a few rare pieces.

“Then we’ve got ‘Herb’s faves’, Plantasia, great great album, Mantis, another Wellington band that came in from the islands, quite a rare one as well.”

James said the rarest is the New Zealand pressing of Aphrodite’s Child, which is currently priced at $375.

“This generally goes for about $600 so it’s down a lot. It’s got Demis Roussos as the lead singer.”

The collection is currently missing options for the metal heads and dance DJs but James is promising to get there.

It doesn’t end with music, Herb’s also has cassettes, road trip CD’s, classic Nintendo games, and even a personalised brand of unisex perfume which James said smells like dank forest in the morning.

James has got more in store for the truck as time goes on though.

“The grand scheme of this thing is to travel round New Zealand and record artists that otherwise wouldn’t get recorded.

“Start releasing records through the truck, young unspoken artists of New Zealand and then get some heroes in here too.”

That’s all before he branches into podcasts, interviewing musicians and popping up at festivals.

But right now, he’s spinning the wheels, so Kiwis can spin the vinyl.