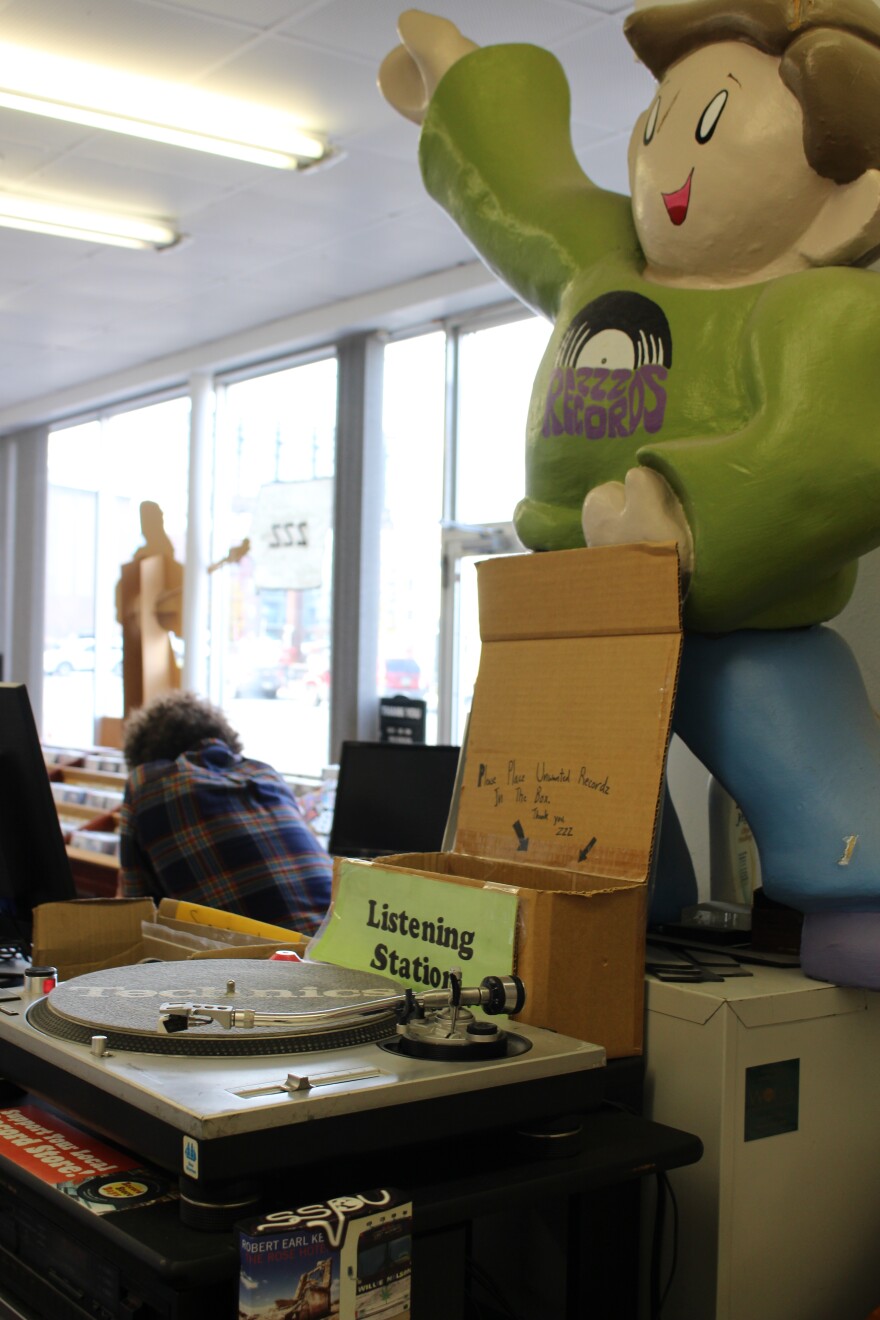 Record albums supposedly died off by the late 80s as a preferred way to listen to music, so many people are surprised to see records readily available 30 years later. Well, they’re back – and in a big way. Last year during the week of Christmas, U.S. vinyl album sales hit a record high.

If you’re shopping for vinyl this holiday season, consider visiting your local record store. IPR Studio One has created a nice record store directory for Iowa that you can find here. You can also currently find albums in some chain stores and online directly from the artists.

How do I get started?

Think about why you want to buy a record. Some people listen to records for nostalgic reasons, but many music lovers feel that there is a unique sound that comes from a vinyl record that can’t be replicated by a CD or an MP3 file. The artwork is also a selling point, since albums are fairly large and can be displayed on a shelf or even framed.

To listen to a record, you’ll need a record player. You can spend around $60-100 for a cheap model online, or you can spend more money on a nicer system. With sound systems, you do sort of get what you pay for, but if you’re new to the game, a cheaper turntable isn’t a bad idea.

It’s also a good idea to know that most record shops have a no-return policy, so when you’re buying a record, you’re making a commitment.

What’s the difference between new and used records?

There are pros and cons to both. New records should theoretically sound amazing out of the gate, since they have never been played before; however, they are typically more expensive.

Used albums are often cheaper, but it is important to check the condition of the record. A little wear and tear on a 50-year-old record isn’t a deal-breaker, but definitely check the record itself for scratches or obvious warps. More on this below. Keep reading.

What kind of prices should I expect?

Unfortunately, new vinyl has increased dramatically recently. Most records are now in the $20-$25 range, but some have climbed much higher. For example, the upcoming Adele record, which is being released on November 19, has a list price of $38.98.

You may be able to save some money by purchasing a used record, but keep in mind that some of those prices have been increasing as well. Just like anything, it’s all based on supply and demand. Still, with some due diligence, you may be able to find some sought-after titles in the $5-$10 range.

Where can I find records in my area?

If you live near a decent sized city, chances are that you can find records there. Record stores, antique stores, flea markets, and thrift stores are all great sources for used vinyl. Some record stores also stock new albums, but you can also now find some current titles in chains like Wal-Mart or Target. There are 28 locally owned and operated record stores in Iowa by IPR Studio One’s count, and there are also a handful of record collecting groups in the state that are active on Facebook.

Would you buy used vinyl online?

If you can’t find what you want locally, you may want to consider using the internet. EBay has been a popular destination for online shoppers for 20 years. There are over five million records listed on their site. It’s always wise to check the seller’s rating before making a purchase, especially if you’re considering spending a hefty sum. Some dealers on Ebay are brick-and-mortar record stores, and many of them are usually trustworthy. Others may be individuals selling from home, and you may want to consider their level of expertise before making a purchase. Make sure the seller has a good description of the product and detailed pictures before buying.

Another website that is becoming extremely popular in the music world is discogs.com Discogs has over 40 million records listed for sale, and dealers are listed from all over the world. Again, the same rules apply: check the dealer’s rating and descriptions before making a purchase.

What do I do to fix a damaged record?

No problem! If you have a record that’s dusty or dirty, that’s easy to fix. Many record stores have cleaning supplies – brushes, cloths, and fluid can all help. Often you can clean a record at home very quickly, and it will greatly improve the sound. If it’s just a little dusty, use a microfiber cloth to dust the record in the direction of the grain of the record’s cut.

If a record has scratches, those cannot be removed, unfortunately. However, the record may still play without much background noise. It simply depends on how deep the scratches are.

If your record has a warp, it may still play. However, if the warp is too severe, there are devices that can sometimes flatten it back to its original condition. A warp in a record is when the record has been affected by heat or cold and is no longer flat. This can affect how the record plays. Scratches can’t be fixed, but record flats exist to fix warps if you’re really down the rabbit hole.

Will my records get here in time if I buy them online now?

The good news is that many new records are pressed in North America, so some of the shipping issues that are hitting other industries are not as painful for music distributors. The bad news is that there is another issue that IS causing massive delays. Vinyl has become so popular in recent years, that pressing plants are having a hard time keeping up with demand. Many titles that are consistent sellers are suddenly hard to keep in stock. The ongoing COVID-19 pandemic is also complicating some of these issues. Because of this, it’s recommended that you place your orders early this year, to avoid any last minute crunches.