10 of the best independent record shops in London – The Guardian 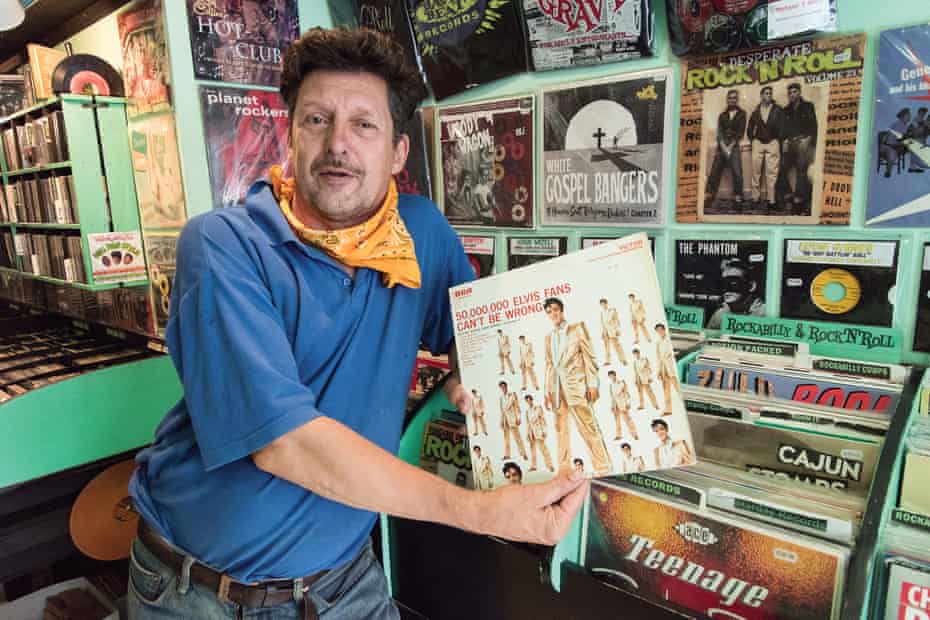 10 of the best independent record shops in London

It’s Record Store Day on Saturday. To celebrate we asked the author and photographer of London’s Record Shops to choose their favourites

The past 14 months have been brutal for all retailers, but independent record shops have had it tougher than most. Not only were shops closed for much of the past year but, since reopening, the lack of tourists and offices workers has kept footfall worryingly low.

Are their customers now resigned to shopping online? Has Discogs – the huge US record resale website – siphoned off those who used to love digging through crates of LPs and boxes of 45s? London favourites Rough Trade and Honest Jon’s found their online orders booming, but many other shops were left stranded. Neither Camden Town’s All Ages – London’s last punk rock record shop – nor longstanding Black music vendor Maestro Records in Peckham has an online presence. With no clubs open, dance music shops like Soho’s Phonica and Brixton’s Container Records have found a void of sorts to fill.

All the aforementioned shops are still toughing it out. For now. Others weren’t so lucky. If Music (Soho), Matters Of Vinyl Importance (Shoreditch) and Low Company (Hackney Wick) have all closed in the past year.

I started researching my book, London’s Record Shops, before anyone had heard of Covid-19, when the vinyl revival ensured record shops were a place to congregate and source great music. Despite the crushing effect of the pandemic I still believe London is the world’s foremost record shop city: a week spent drifting from shop to shop would not allow enough time to visit all of them. But it’s tough out there – if you value independent traders then get out there and support your local record shop(s)!

Opened in 1984, Reckless Records is the oldest record shop in Soho and one of only two now trading on Berwick Street (once Europe’s foremost record shop haven). Reckless has always dealt in secondhand and continues to offer deep stock (largely LPs but plenty of 45s and CDs too). Fair prices and friendly staff ensure it is still much loved. I picked up LPs by The Fatback Band and Mose Allison last time I popped in and almost never leave empty-handed: from 50p 45s to LPs costing close to £100, Reckless always has gems.

Managed since 1984 by Duncan Kerr – like many record shop workers he also makes music, playing guitar in The Darts and Brainiac 5 – the shop layout was redesigned during lockdown one to allow for social distancing. Two further lockdowns have ensured that customer numbers have not recovered to pre-pandemic levels. “Sometimes I wonder how, when or if record shops will disappear completely,” says Kerr, “but they keep opening up in the most unexpected places. Many of us wouldn’t know what else to do anyway!”
30 Berwick Street W1, reckless.co.uk

Sounds Of The Universe, Soho

Brixton’s oldest record shop – opened in 1983 – is also one of the world’s foremost reggae record traders. Owned by Wally Bryant, a convivial Jamaican national who has run sound systems since the 1960s, Supertone stands as a proud emblem of Brixton as the cultural heart of Black Britain. With its high counter, walls covered in records, community ambience and quiet pride, Supertone has changed little over the decades. While a reggae vinyl specialist it also stocks CDs and has “big people music” – Elvis Presley, Jim Reeves, Charley Pride, Ace Cannon et al – available alongside the ska, rocksteady, roots, dub and dancehall releases (from very new to ancient). Wally’s a humble man but when I asked if any noted artists had ever visited Supertone he answered “All of them! Dennis Brown, Gregory Isaacs, Twinkle Brothers – Supertone known across the globe.”
110 Acre Lane SW2, supertonerecords.co.uk

For music fans who love to crate-dig then Rat Records might just be the UK’s dream shop. Stock is constantly refreshed, prices are low, the range is deep and surprises are plenty. Opened by Tom Fisher in the late 1990s, Rat’s stock is all used – largely LPs, some 45s, a healthy CD selection – and, pre-pandemic, Saturday morning saw vinyl junkies queueing down the New Road, hungry to get their paws on what had just been placed in the crates. Social distancing means this weekly 11am feeding frenzy can no longer take place, but Rat remains a gem. I’ve bought thousands of records here – recently a selection of Mighty Sparrow LPs provided calypso heaven.
348 Camberwell New Road SE5, ratrecordsuk.net

That Peckham has experienced gentrification across the last decade is not news. What should be noted is how its African-Caribbean traders remain embedded among the chic restaurants and hipster bars. None more so that Maestro Records, a Black music shop run by Michael Fountaine in the space that once housed Reed’s Records (a Peckham mainstay from the 1950s-1990s). Maestro sells soul, reggae, funk, rap – now more on vinyl than CD, although Fountaine admits this is a reversal of when he started trading last century – and mixes new and used LPs, 45s and CDs alongside hair oils, books, concert tickets and such. What, I wondered, did he make of the new Peckhamites? “They come here with wealth in their pockets. That’s a good thing!”
161 Rye Lane SE15, maestrorecords.uk

Camden Town has long been an centre for rockabillies, punks, goths and indie kids, somewhere they head to socialise, pose, go to gigs and shop. The busy north London hub is home to several superb record shops, none more brilliant than Sounds That Swing. Here rock’n’roll, garage rock, rhythm and blues, trad’ jazz, ska and other genres are celebrated in fine retro style by Neil Scott and Martin Heaphy. There’s plenty of niche new LPs and CDs but the real treasure here are the 45s – jukebox heaven! The late DJ/producer Andy Weatherall was a regular customer. It is loaded with old (and often obscure) American music.
88 Parkway NW1, nohitrecords.co.uk

Ladbroke Grove is home to two of the world’s foremost record shops. There’s Rough Trade, the original punk rock shop (still trading at 130 Talbot Road, if now overshadowed by the huge Rough Trade East in Brick Lane) and Honest Jon’s. This small shop, opened in 1974 by Jon Clare and owned since 1992 by Mark Ainley and Alan Scholefield, has always specialised in exotic imports and underground sounds, championing music that rarely gets media attention. The Honest Jon’s record label has helmed groundbreaking reissues of pioneering Black British recordings (the seven-volume London Is The Place For Me is exemplary), Congolese rumba, gospel, southern soul and much else. Those who work here are sonic disciples, with former employees having gone on to launch the Mo’ Wax, Blood & Fire and World Circuit record labels. Crammed with new LPs, 45s and CDs, Honest Jon’s is eclectic and electric. The likes of Joe Strummer, Courtney Pine, Neneh Cherry and Damon Albarn have been a loyal customers over the years – you should be, too.
278 Portobello Road w10, honestjons.com

While Soho and west London have seen record shops close in huge numbers, from Whitechapel to Walthamstow east London has experienced a remarkable flowering of record shops opening in the last decade. Yo-Yo Records (trading as Cosmos Records until March 2020) opened in 2015 and sells high-end, used vinyl, focusing on jazz, funk, soul, gospel, Afrobeat, Brazilian and such. Much of its stock is sourced from the US and Canada – which means the vintage vinyl here can be seriously pricey. Run by a friendly Canadian artist who prefers to be known only as Derek, Yo-Yo is London’s foremost collector’s shop. Not everything is expensive though – there are excellent LPs under £20 and I picked up some reasonably priced American R&B 45s – but if you want to buy first edition Lee Morgan and John Coltrane LPs, or seek out an obscure psych rock LP that is damn near impossible to find elsewhere, then Yo-Yo is where you go to break the bank.
324d Hackney Road E2, yoyorecordslondon.com

Opening only three weeks before lockdown 1, Atlantis Records is a quirky shop selling LPs, 45s, 78s and cassettes. Originally Liam Casey’s cafe, he teamed up with John Coxson (a musician formerly of Spring Heel Jack and Spiritualised) to open Atlantis – and yes, Liam still makes coffee while you dig. Coxson runs Treader Records, a label issuing esoteric music: in between lockdowns jazz saxophonist Evan Parker played in Atlantis’ shop window to celebrate Treader’s reissue of his 1978 LP Monoceros. Offering everything from Gujurati and Yoruba 78s through dubplates, Soviet X-ray bootlegs, Arthur Russell tapes to rare Link Wray LPs … my head spins whenever I enter Atlantis. “We try to stock every kind of music,” says Coxson. “We want this to be a record shop where people come and surprise themselves with what they might find. We’re not selling our records on Discogs because what’s the point of having a record shop if you are an online trader?” What indeed!
8 Clarence Rd E5, atlantisrecords.co.uk