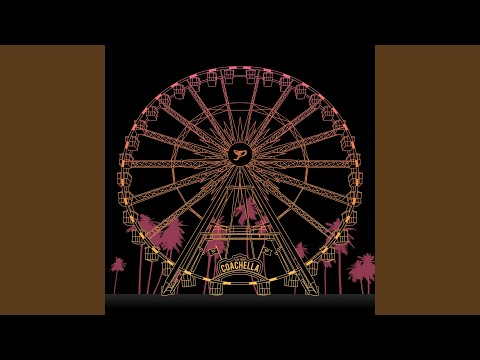 Record Store Day 2022 is fast approaching as we zip through what has been a rollercoaster start to the year. Since the event’s inception in 2007, the annual tradition has taken place on one Saturday of each April, with an additional event taking place in November for Black Friday. The organisation intends to “celebrate the culture of the independently owned record store.” The event sees music fans and artists alike entering thousands of independent record shops worldwide for sale events that regularly welcome live performances, signing sessions and a range of fundraising activities.

During the COVID-19 pandemic, Record Store Day became a little dispersed across different dates over the past two years, but 2022 will mark the resumption of the widely orchestrated singular event that will take place in your local independent record shops on April 23rd. However, an additional date, June 18th, has also been named as a safety net date in case any unforeseen issues arise.

The event sees many top-flight artists announcing brand new music and limited edition reissues for their fans to browse at their local shops. The organisation also presses a selection of special compilations and exclusive reissues specifically for Record Store Day. The records are then distributed to participating shops for sale on the day.

This year’s event comes with a range of exciting records from a number of big names, old and new. In January, it was announced that American pop icon Taylor Swift had become the first global Record Store Day Ambassador. To mark the occasion, she contributes a 7” vinyl release of her 2020 single, ‘The Lakes’.

As the big day approaches fast, we have picked out ten of the releases set for April 23rd that have caught our eye.

Pixies will release a live album recorded during their epic reunion performance at Coachella in 2004, sold on vinyl for the first time. The Coachella performance marked the group’s triumphant return following a 10-year hiatus.

The performance preceded a headline set by Radiohead; the now-iconic set was packed full of classic tracks by the Boston alt-rock group, including: ‘Where Is My Mind?’, ‘Here Comes Your Man’ and ‘Debaser’. The Record Store Day exclusive features the epic 20-song set pressed across two heavyweight yellow and orange marbled vinyl LPs.

Red Hot Chili Peppers will release a special version of their upcoming double LP, Unlimited Love. The Record Store Day edition is limited to 5000 copies and will include two 12-inch LPs pressed on silver vinyl and an exclusive 24 x 36 poster.

Unlimited Love comes as the group’s twelfth studio LP and is their first since the release of The Getaway seven years ago. The album marks the longest gap between any two albums the Californian group has observed to date. The record is also the first to feature beloved guitar virtuoso John Frusciante since 2006’s Stadium Arcadium.

Listen to the first single from the forthcoming album, ‘Black Summer’, below.

Bella Donna marked Nicks’ debut solo effort following her work on Tusk with Fleetwood Mac. The album consists of work that she had been writing over the late ’70s and early ’80s, that wasn’t included on Fleetwood Mac releases, as well as several covers. The platinum-selling number one album includes hits such as ‘Edge of Seventeen’, ‘Stop Draggin’ My Heart Around’, ‘After The Glitter Fades’ and ‘Leather and Lace’.

Patti Smith will release a new double LP collection of some of her greatest hits between 1974-1996, hand-picked by the staff of record stores throughout the country. The compilation will include the hits ‘Gloria’, ‘Because The Night’, ‘Dancing Barefoot’ and ‘People Have The Power’.

The Record Store Day release will be sold exclusively in-store on April 23rd. All remaining copies will be available online from Sunday 24th at 8am EST.

After a recent string of single releases to whet the appetite, Jennylee (Jenny Lee Lindburg), the bassist and singer-songwriter from Warpaint, is set to release her second solo LP, Heart Tax, for Record Store Day 2022.

Since they started out in 2004, Warpaint have continued to exceed expectations and have become one of the most important modern rock outfits in Los Angeles. To showcase her talents as a musician and producer, Jennylee launched her solo side-project in 2015 with the release of Right On!, an album that gave a new, more personal angle on the new-wave inspired rock Warpaint have mastered over recent years.

Listen to ‘Stop Speaking’, the latest single released ahead of the new album featuring Dave Gahan of Depeche Mode.

Foo Fighters are set to release a 7-inch vinyl that includes two alternate versions of tracks from their 2021 LP, Medicine At Midnight, with production from Mark Ronson and Preservation Hall Jazz Band. The reimagined songs include collaborations with a number of friends of the Seattle rock group.

David Bowie fans will be happy to hear that the Brilliant Adventure EP and Toy EP (You’ve Got It Made With All The Toys) will be released on vinyl and CD formats. The limited-edition releases will feature previously unreleased versions, live tracks and mixes from the era covered in the recent Brilliant Adventure and TOY:BOX box sets.

The Brilliant Adventure EP will include four unheard tracks’ Johnny Downloader’, an early version of ‘I’m Afraid Of Americans’; an alternative single mix of ‘I Have Not Been To Oxford Town’; and two tracks, ‘Outside’s A Small Plot Of Land’ and the Jacques Brel cover ‘My Death’, performed by Bowie and pianist Mike Garson at a fundraiser for the New York Public Theater at the Shakespeare Festival on September 18th, 1995.

The Toy EP (You’ve Got It Made With All The Toys) will feature the previously unheard ‘Shadow Man (Vocal and Piano Mix)’ and an alternative mix of the Toy album track, along with the unreleased live versions of ‘I Dig Everything’ and ‘The London Boys’. The EP also contains three tracks – ‘You’ve Got A Habit Of Leaving’, ‘Silly Boy Blue’ and ‘Can’t Help Thinking About Me (Live Mark Radcliffe Show BBC Radio 1 Session)’ – all previously available only on streaming platforms and so are finally making their physical debut.

Gods of goth, The Cure, are set to release a reissue of their 1982 album and fourth studio LP, Pornography, for its 40th anniversary. The limited-edition vinyl will come as a picture disc with the album cover art photography of the original trio, lead singer and guitarist Robert Smith, drummer Lol Tolhurst and bassist Simon Gallup.

Pornography marked the peak of The Cure’s early phase of dark and melancholy post-punk music before their subsequent turn towards more pop-orientated music. The album is often regarded as one of the group’s finest despite the difficult time it marked in the early years of their popularity.

Britpop heroes Blur are set to release a limited edition coloured double heavyweight vinyl edition of their 1998, Japan-only remix compilation Bustin’ + Dronin’. It will feature remixes of tracks from their 1997 self-titled masterpiece.

Originally released as a 2-CD set, this year’s Record Store Day will mark the first time Bustin’ + Dronin’ has been released on vinyl. The record includes remixes by the likes of William Orbit (tracks 1, 6, 7 & 9), Adrian Sherwood (2 and 8), Moby (4), Thurston Moore (5) and John McEntire (7).

New York new-wave royalty, Blondie, have announced an exclusive reissue ahead of Record Store Day. They will release a double 7-inch vinyl of their 1979 single, ‘Sunday Girl’, featuring previously unreleased alternate versions of the track. The record will come in a range of colours and will be packaged in a bespoke gatefold sleeve featuring rare photos from the late ’70s.

‘Sunday Girl’ featured on the group’s 1979 masterpiece Parallel Lines. Lead singer Debbie Harry once reminisced about the track, “Exactly why the song became ‘Sunday Girl’, I am not sure, other than Chris and I had a silly kitty named Sunday Man. Also, I was born on a Sunday….”